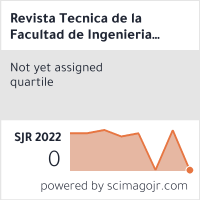 Application of ISO 3685 in the evaluation of the machinability of steel SAE 1020 during the turning process.


During the machining process there are some factors which determine cutting tool wear, among the parameters most well known are cutting tool speed, feed, cutting deep, tool geometry, part”™s material structure to be machined. Due to the diversity of technological parameters involved in the machining process, the machinability of the deferent material has been researched by a lot of researchers. In this paper it is presented a new methodology to evaluate the machinability in turning steel marked as SAE 1020 produced in Venezuela. The procedure and material utilized are also described. The results were analyzed ac- cording to: data sheets and evaluation of tool life data, which belong to ISO 3685:1993 standard. With the experiments the tool wear was obtained just in time for three different speed values, and C”™s Taylor for the same time unit was calculated. Surface quality and chip type were also analyzed.